Thank you for getting in touch. I am currently working on a cultural history of modern France (a sort of companion to my book, The German Genius), which will be delivered to the publisher in September 2020, and published – all being well – about a year after that. Meanwhile, here is a new feature for my website. If you have got in touch with me because you have read one or another of my books, the chances are that our interests overlap or coincide, in particular in regard to the history of ideas.

What follows, therefore – and what is being updated every month, from now on forward (this is the fourth edition) – is a short list of new books (somewhere between half a dozen and a dozen) that have come to my attention, which I think are noteworthy, and which are published by University Presses. University Press books, often with very short print-runs, do not always receive the media coverage they deserve, although some of them – in my view – are often very interesting and sometimes quite important. I am including them here because you may not know of their existence. I shall try to give notice of them somewhere between two months before publication date, and two months after, so they are topical.

The Cambridge World History of Violence

Four volumes edited by Garrett G. Fagan, of Pennsylvania State University and others

This, in four volumes, is the sort of project that only a university press could take on. But it is obviously very timely, and its long perspective may lead to a better understanding of the phenomenon. Volume One looks at prehistory and the ancient world and other volumes range across the world, examining not just warfare but other forms of violence, and also explore the anthropological spread of violence and the psychology of violent individuals and peoples. Of particular interest in the first volume is an examination of the archaeology of violence – how do we infer violence from such bones and stones as remain? 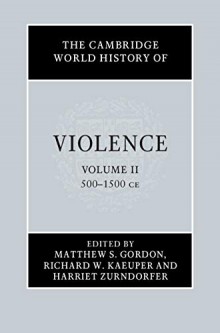 The Sarpedon Krater: The Life and Afterlife of a Greek Vase

Published by University of Chicago Press on September 26, 2019

Sticking with archaeology, this is the story of what is probably the most spectacular of all Greek vases. The Sarpedon Krater depicts the body of Sarpedon, a hero of the Trojan war, being carried away to his homeland for burial. It was decorated some 2,500 years ago by the famous Athenian artist Euphronius, and its subsequent history involved tomb raiding, duplicity, litigation, international scandal and, just maybe, murder. Nigel Spivey is a well-known classicist and archaeologist, who has long had an interest in what we might call the underworld of archaeology. This book tells – in welcome detail – the narrative of the vase’s looting from an Etruscan tomb in 1971 all the way to its acquisition by the Metropolitan Museum in New York, a high-profile lawsuit, and its eventual return to Italy. Chapter Three, on Euphronios himself, is especially enjoyable. 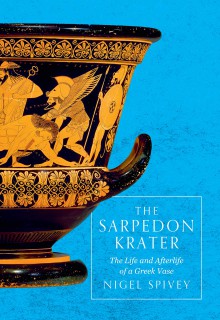 Waters of the World: The Story of the Scientists Who Unraveled the Mysteries of Our Oceans, Atmosphere, and Ice Sheets and Made the Planet Whole

Published by University of Chicago Press on November 1, 2019

What better name – Dry – to write about the waters of the world. I think the publishers might have made more of an effort with the subtitle, which is a bit of a mouthful and tries too hard to make the subject relevant. But glaciers and clouds and ocean currents are quite interesting enough in their own right not to need special pleading. In some ways the most gripping part of the book are the descriptions of the explorations that these scientists had to undertake in order to unearth the details that led to the overall concept of climate change. These journeys ought to dispel for all time the very idea that climate change is a hoax. 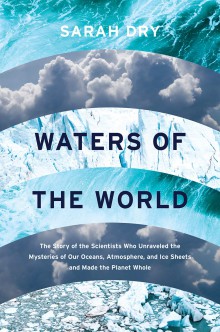 Divested: Inequality in the Age of Finance

The aim of the authors is to show that the growing financial inequality – even in democracies – cannot be understood without examining the rise of ‘big finance’. What we have seen – what we are seeing – they argue, is a massive transfer of resources from workers and families into the hands not just of owners but of executives and ‘financial professionals’. It is in this sense that the average individual is now ‘divested’ from a world ‘driven by the maximization of financial profit.’

Their main argument is that the financial services industry ‘serves’ only to reward itself, not the wider economy. They further stipulate that this is a defining flaw in capitalism. Certainly, rising economic inequality is, as Marx might have said, a ‘spectre stalking the [contemporary] world.’ 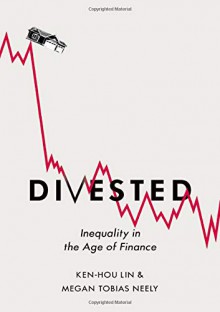 The Club: Johnson, Boswell, and the Friends Who Shaped an Age

In 1763, the painter Joshua Reynolds proposed to his friend Samuel Johnson that they invite a few friends to join them every Friday at the Turk’s Head Tavern in London, ‘to dine, drink, and talk until midnight.’ The invitation was accepted enthusiastically and, eventually, the group came to include Edmund Burke, Adam Smith, Edward Gibbon and James Boswell, the magnificent six. It became known as The Club.

The heart of The Club was the ‘odd couple’ of Johnson and Boswell but what a group it was and Damrosch – who earlier on wrote a book on Swift – brings them alive in a gentle manner. There were of course no female members of the club. 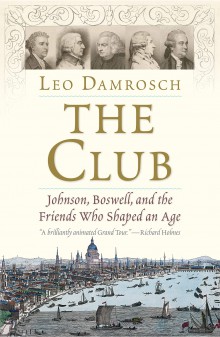 High on God: How Megachurches Won the Heart of America

People who attend megachurches, the authors say, are all looking out for one thing above everything else: first-hand experience of God. Unlikely as this sounds, the authors found that many who attend the megachurches claim that they have had just such an experience and, moreover, that ‘God is like a drug, a high, [I] can’t wait for the next hit.’ Being careful to say that they are not ‘condescending’, the authors explore the power of charisma, the emotional dynamics and strategies of the churches that bring people together in huge numbers, those huge numbers, it is made plain, being part of the point, underlining the belief that the megachurches offer real meaning because they are ‘mega’, appealing to so many people. They are self-reinforcing. 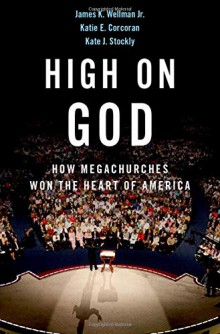 A Child of the Century

Ben Hecht with an Introduction by David Denby

I am by no means sure that this title is really a universities press book, but it is one of my favourites, so here goes. It was originally published in 1954 and especially appeals to the ex-journalist in me. Hecht was a screenwriter – Scarface, Notorious, and – my favourite – The Front Page – about journalism, which contains an immortal line, when the editor of the paper and one of his ace journalists have (enterprisingly and hardly legally), incarcerated a suspect in a roll-top desk while they compose a front-page story that will give them an edge on their rivals. As the writer (Jack Lemmon in the movie) writes the story, the editor (Walter Matthau), standing over him, says, ‘You haven’t mentioned the paper in the first paragraph.’ ‘Don’t worry boss, it’ll be in the second.’ ‘Who the f*** reads the second paragraph!’

David Denby has been the film critic of the New Yorker for twenty years and is the author of Great Books, which I wrote about in my intellectual history of the twentieth century, The Modern Mind. Denby, who did a ‘civilisation’ course at Columbia in 1961, had the wily idea of sending himself back to do the equivalent course in 1991, where he came to a surprising conclusion: ‘The core-curriculum courses jar so many student habits, violate so many contemporary pieties, and challenge so many forms of laziness that so far from serving a reactionary function [as many newly-enrolled minority students expected, or had been led to believe], they are actually the most radical courses in the undergraduate curriculum.’ Both these books are warmly recommended. 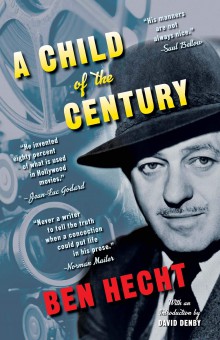