What follows, therefore – and what is being updated every month, from now on forward (this is the fifth edition, and despite the virus) – is a short list of new books (somewhere between half a dozen and a dozen) that have come to my attention, which I think are noteworthy, and which are published by University Presses. University Press books, often with very short print-runs, do not always receive the media coverage they deserve, although some of them – in my view – are often very interesting and sometimes quite important. I am including them here because you may not know of their existence. I shall try to give notice of them somewhere between two months before publication date, and two months after, so they are topical.

Around the World in 80 Words, A Journey Through the English Language

Published by University of Chicago Press on April 13, 2020

This is not a typical university press book and it tackles no serious academic subject. But no matter. In these dark times, let us celebrate a lovely idea to take us around the world – exactly where we can’t go now – and not in 80 days but 80 words. In this journey you will discover the origins of turkey, limericks, Brazil nuts and Panama hats (I have one, in fact I have two). But the real pleasure of the book is Jones’s choice of places. Why does he think that Ytterby in Sweden is important, or Makassar in Indonesia, or Buncombe in North Carolina? (Clue to the latter … it’s where bunkum was originally spotted.)

One further clue: There is a sense to the order of the chapters. Of course, it can be dipped into, but read from beginning to end, you get more out of it. Perfect for self-isolation. 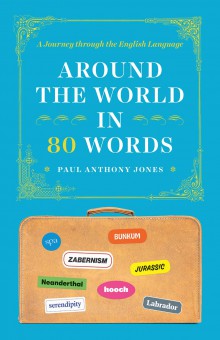 Sick Souls, Healthy Minds: How William James Can Save Your Life

This sounds as if it is from the same stable as Allan de Botton’s How Proust Can Change Your Life and Kaag’s own Hiking With Nietzsche, super-sveldt texts to leave lying around the apartment once the Coronavirus has been sent packing.

Kaag starts in 1895 when William James, the eminent American pragmatist philosopher delivered a lecture, ‘Is Life Worth Living?’ Pragmatism is probably the least known but most interesting philosophies of the modern world, the idea that the only knowledge worth having is that with more or less immediate practical consequences for living a life in the real world. From James to Richard Rorty, American practical philosophy is a fine tradition, that, as one of James’s colleagues said, ‘ideas are tools’ just as spanners and screwdrivers are tools, no more than that. This book should be read alongside Louis Menand’s The Metaphysical Club, which describes in detail the philosophical club James was just one member of. 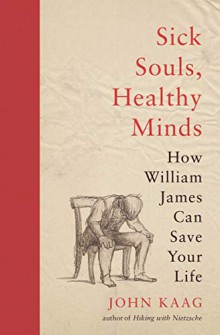 Democracy in America? What Has Gone Wrong and What We Can Do About It

By Benjamin I. Page and Martin Gilens

Published by University of Chicago Press on April 2, 2020

This was of course the big question before that other big question became more insistent. The authors argument is that while other countries have responded to rapidly-changing economies by helping people who have been left behind, the United States has failed to do so. Instead, America has actually exacerbated inequality, ‘enriching corporations and the wealthy while leaving ordinary citizens to fend for themselves.’ The authors argue that the only way to change America is to change America – more, not less, democracy. They argue for change in the way candidates are chosen, how elections are run, curbing the power of money in politics.

We have heard this analysis – and these putative solutions – before, but this is a clear exposition of how America needs to get a grip. 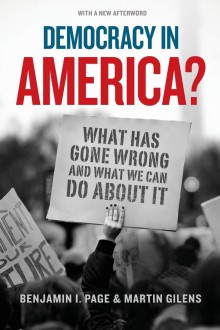 The Cambridge Companion to Literature and Food

A nice synesthetic amalgam, looking at how literature down the ages has come to terms with food, and how the joint pleasures are more than the sum of their parts. The chapter breakdown (sixteen essays by specialists) are mouthwatering: a chapter on Medieval Feasts, on American taste and how it differs from the rest of the world, on children’s food preferences, on Victorian taste, one on ‘Cold War Cooking’ and, perhaps inevitably, ‘Queering the Cookbook.’ 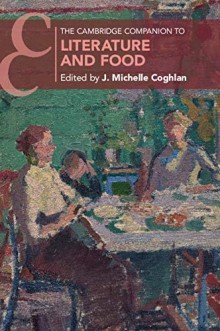 Vincent’s Books: Van Gogh and the Writers Who Inspired Him

Published by University of Chicago Press on March 10, 2020

A lot of books about books this month.Did you know what Van Gogh was an insatiable reader? Mariella Guzzoni tells us that he read, re-read and copied out books in Dutch, French and English, knew many passages by heart from the works of Dickens, Zola, Shakespeare and Maupassant, among others. There are few surprises among his authors, except one – Erckmann-Christian, which I had to look up. 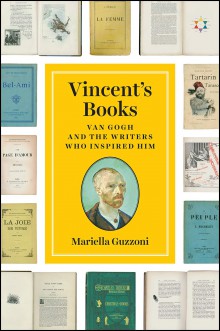 Taking America Back for God, Christian Nationalism in the United States

Another big question: why do so many conservative Christians continue to support Donald Trump despite his many overt moral failings? And why are so many Christians so xenophobic and so unwilling to acknowledge the injustices that minorities suffer almost everywhere, when early Christians famously went through the same treatment?

The authors point to what they call Christian Nationalism, the belief that the United States is – and should be – a Christian nation. At its heart, Christian nationalism ‘demands’ that we must preserve a certain kind of social order, in which everyone recognizes their ‘proper place’ in society. A neat label doesn’t stop such a world-view from being obnoxious and anachronistic. 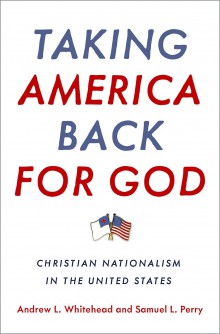 Oliver Roy is a well-known French academic, an authority on Islam in contemporary France. His argument is that Christianity is getting stronger, having been ‘exported’ to South America and Africa (and China) and is now resisting both radicalization (as happened in the sixties and seventies) and secularization. The end of Christian Europe as we know it, he concludes, does not mean the end of religion. It will change its form, as it has done throughout history. More profound than Taking America Back to God, but I’m still sceptical. 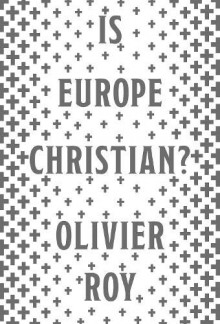 The Dragons and the Snakes: How the Rest Learned to Fight the West

The title refers, first, to Russia – the Dragon – which the West outwitted in the Cold War. The ‘snakes’ are terrorists and guerillas who have proved much harder to defeat, and which have come more and more to resemble each other as they have discovered ways to take on the United States and its Western allies.  These new non-state actors have access to the most lethal weapons, and we have not yet addressed this new reality – this is Kilcullen’s main argument. The underlying fact is that the predominance of the west, and of elected governments is threatened as never before. Chilling, if you accept the argument. 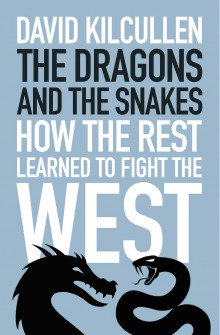 The First Soldier: Hitler as a Military Leader

There is no end to books about World War II and the main players. The London Library has 1,260 books on the Führer – do we need one more? In this book, Fritz (excellent name for its subject) argues that, unlike many of Hitler’s own generals, who argued that he was an erratic leader and an ill-informed fantasist, he did in fact have a coherent strategy and was a more than averagely competent soldier. The only way to retrieve Germany’s former grandeur, Fritz argues, was to pursue the war in the way that Hitler did – thinking big and bold. Either way, it surely means that, whatever skills he had as a tactician, Hitler lost the strategic struggle. Was he bound to do so? 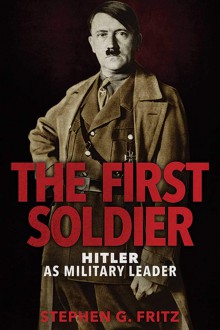 Billionaire Wilderness: The Ultra-Wealthy and the Remaking of the American West

This book is based on five years the author spent in Teton Country, Wyoming, the richest county in the United States, and a place where income inequality is the worst in the nation. Based on hundreds of interviews – people in business and politics and the rural poor who often work for the super-rich – his main revelation is the extent to which the ultra-wealthy are buying up land and taking over the eco-systems to their own advantage. He finds that they are burdened by stigma, guilt and status anxiety –  but presumably they get over it. Perhaps he should stress more the wilderness aspect of life in Teton County which sounds as if, for the rest of us, it is a place to very firmly avoid. 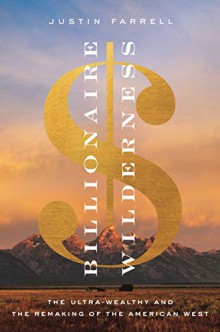