What follows, therefore – and what is being updated every month, from now on forward (this is the seventh edition, and despite the virus) – is a short list of new books (somewhere between half a dozen and a dozen) that have come to my attention, which I think are noteworthy, and which are published by University Presses. University Press books, often with very short print-runs, do not always receive the media coverage they deserve, although some of them – in my view – are often very interesting and sometimes quite important. I am including them here because you may not know of their existence. I shall try to give notice of them somewhere between two months before publication date, and two months after, so they are topical.

Idleness at a Time of Crisis: A Philosophical Essay

Published by Princeton University Press on May 1, 2020

A title right on the button – did O’Connor see Covid coming? White collar professional are, he says, finding more freedom than ever before, a freedom that does not prevent work from being done.

Others, who have to take routinised jobs, such as call-answering, or basic financial servicing, are seeing unusual levels of stress. But, he adds, time has been freed up for, among other things, resting, chatting aimlessly, and enjoying neglected pleasure.

‘Used correctly … this crisis can be an important historical event, the beginnings of some kind of social transformation where a greater level of idle time is positively supported. :et us determine work, not be determined by it.’ The focus now is: how did we forget what was important?

The author sticks his neck out and predicts that the days of this present crisis will leave little trace on our psyches. The Op-Ed writers of such newspapers as the New York Times would not agree – we hear from them every day on how post lockdown life will change. But I’m with O’Connor. 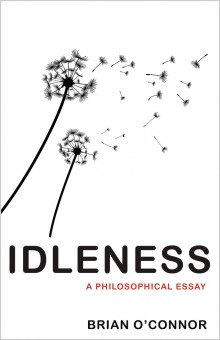 Elizabeth I and Her Circle

Published by Oxford University Press on May 24, 2018

Can anything be added to what we already know of this great Englishwoman? Susan Doran has been through contemporary letters, state papers, poetry of the time, examined a raft of portraits to come up with new insights as to Elisabeth’s character, and promises a ‘deeper’ insight into the queen’s psychology. Pity this came out in the middle of the pandemic – had it been earlier, it would have helped us through the dark days. 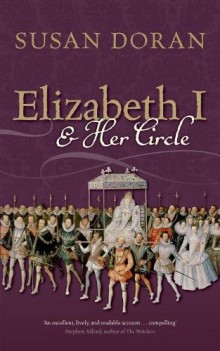 T.S. Eliot and the Dynamic Imagination

This book provides a close reading of Eliot’s poetry, plays and criticism, using contemporary theories from psychology, physics and anthropology to examine the writer’s use of metaphor. Sarah Kennedy, herself from the University of Cambridge, finds that Eliot was ‘haunted’ by recurrence (as we might say Nietzsche was). ‘His work,’ she writes, ‘is full of moments of luminous recognitions,’ images such as ‘sea change’, ‘light invisible’ and the ‘dark ghost.’ The book is – or tries to be – an investigation of an imagination, not easy, and not always successful, but ambitious in the best sense. 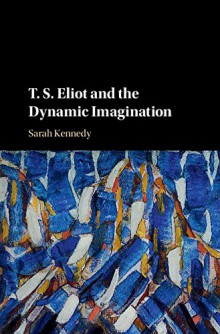 James Joyce and the Matter of Paris

I’ve just caught up with this. Joyce lived in Paris when it was – famously – the capital of world culture, mixing with some of the great names, and frequenting what was known as Odéonia, the bookshops of Sylvia Beach and Adrienne Monnier on the Left Bank. Flynn, from the University of California, shows how, in fact, the pressures of consumer capitalism and French literature informed his sense of taste, touch and smell in particular, despite those aspects of life being normally disparaged in traditional philosophy. She shows how Joyce used these bodily properties to enhance his exploration of desire. Flynn says she has unearthed some newly available archival material. 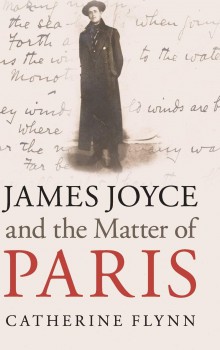 Bored, Lonely, Angry, Stupid: Changing Feelings about Technology, from the Telegraph to Twitter

The first three words of this title must have been in everyone’s repertoire during the Covid Lockdown, along with ‘saviour’ for many of us. But Luke Fernandez’s study of our emotional responses to technology is very welcome. ‘Facebook makes us lonely,’ he writes. ‘Selfies breed narcissism. On Twitter and comment boards, hostility reigns.’ But, he adds, technology doesn’t just affect how we feel from moment to moment … it changes ‘profoundly’ the underlying emotions themselves. Using nineteenth- and twentieth-century letters, diaries and memoirs, and added to by much contemporary interview research, Fernandez aims to chronicle how our emotions have been changed by technological developments. These days, he says, we invariably strive to escape boredom, whereas in earlier times people ‘saw unstructured time as an opportunity for productivity and creativity. ‘Where loneliness is now pathologized, we once thought of solitude as virtuous. Even as we ask whether technology is making us lonelier, it is altering the meaning of loneliness.’ It is another timely book, though as most writers know, there is a world of difference between loneliness and solitude. 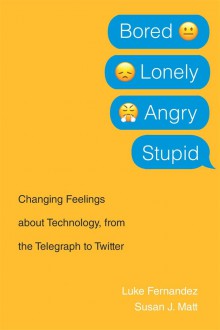 Published by Harvard University Press on May 26, 2020

What a story … Holocaust survivors return to their homeland in Poland and try to pick up their shattered lives. The author focuses on Radom, an industrial city about sixty miles south of Warsaw, but he also tells us what happened in some other places as well.

Amazingly – but perhaps not surprisingly – he finds that the non-Jewish locals viewed the survivors ‘with contempt and hostility.’ Many Jews therefore left again, immediately, unable to remain when the Communist authorities, alongside the locals, inflicted yet more violence on these unfortunate souls. Those who stayed created a small, isolated community, and tried to begin their lives anew. Reclaiming their old homes was hard, not made any easier by the Jewish gangs that formed, ‘bent on depriving returnees of their prewar possessions.’

The author was given access to the records of the postwar Radom Jewish Committee, which were discovered by the secret police in 1974. This is a moving – heartbreaking – story of their struggle to restore their lives in, as he says, ‘a place that was no longer home.’ Given the horrors of the Holocaust that we are already only too familiar with, this is a book to shame the Poles all over again. 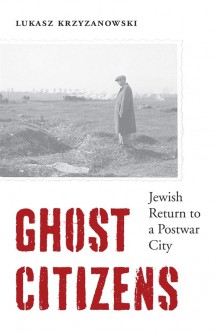 Lost in Thought: The Hidden Pleasures of an Intellectual Life

Published by Princeton University Press on May 21, 2020

A celebration of the ‘inner life’, whether that of a bookworm, an amateur astronomer, a birdwatcher, this book draws on inspiring examples – from Socrates and Augustine to Malcolm X and Elena Ferrante. The author, we are told, is someone who ‘walked away from elite university life in search of greater fulfillment.’

Hitz celebrates the fact that today, even when the humanities are often defended only for their economic and political usefulness, an intellectual life is valuable not despite but precisely for its practical uselessness.

The book is especially aimed at academics who, she says, above all are those who can re-learn the desire to have learning for its own sake, not for what we can do with it. And is yet another title to help with lockdown.

Full marks to the university presses for their canny reactions to events. 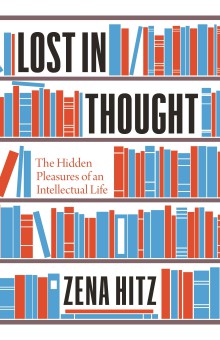