Thank you for getting in touch. I am currently working on a cultural history of modern France (a sort of companion to my book, The German Genius), which will be delivered to the publisher in April 2020, and published – all being well – about a year after that. Meanwhile, here is a new feature for my website. If you have got in touch with me because you have read one or another of my books, the chances are that our interests overlap or coincide, in particular in regard to the history of ideas.

What follows, therefore – and what will be updated every month, from now on forward (this is the second edition) – is a short list of new books (somewhere between half a dozen and a dozen) that have come to my attention, which I think are noteworthy, and which are published by University Presses. University Press books, often with very short print-runs, do not always receive the media coverage they deserve, although some of them – in my view – are often very interesting and sometimes quite important. I am including them here because you may not know of their existence. I shall try to give notice of them somewhere between two months before publication date, and two months after, so they are topical.

As anyone in the business will tell you, women read more fiction than men. Why should that be? I’m not giving away any of Professor Taylor’s insights here, but it is a more interesting question than it looks. Ian McEwan once said that, ‘When women stop reading, the novel will be dead.’ Ms. Taylor has carried out more than 500 interviews with women readers and writers to see what it is that binds them so enthrallingly. One answer comes from Hilary Mantel: ‘Helen Taylor shows how the enterprise of reading draws us into an unseen collective, where the resources of the imagination are pooled … it is lively and absorbing, like a conversation with other women you wish you knew.’ Ms. Taylor was for many years professor of English Literature at Exeter University. This is not her first book but it is her best. 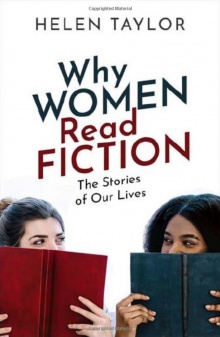 Not the most scintillating subtitle but this book has, for start, a fascinating cover, showing just how sophisticated Assyrian architecture was. There is a small renaissance in ‘knowledge studies’ at the moment, and this fits right in, showing how, with the invention of writing, intellectual culture began to ripen, how people separated by many miles communicated with each other and, most pertinently, what educated people thought about. 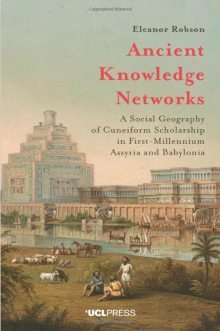 Old Man Country: My Search for Meaning Among the Elders

No one needs to be told that the population – almost everywhere – is ageing rapidly. Thomas Cole contacted twelve distinguished men over eighty and asked them how they are facing what Cole regards as the four great challenges of living a good old age: Am I still a man? Do I still Matter? What is the meaning of my life? Am I still loved? Excellent questions, leading to such chapters as: ‘The Moral World of Paul Volcker’ (who died only recently); ‘John Harper gets by with a little help from his friends’;  ‘Sam Karff and the Power of Stories’. This book might be read with profit alongside Michael Kinsley’s Old Age: A Beginner’s Guide (Rider). 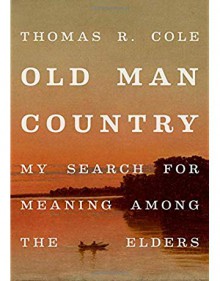 Chou Enlai founded the first Chinese Communist spy network in 1920s Shanghai, to be used against the Nationalists, the Western powers and the Japanese. This survey comes billed as based on previously unpublished documents as well as interviews from ‘countless’ insiders, to give us a story that takes in scientists, journalists, diplomats, businessmen and foreign students. This ‘murky world’, Faligot writes, takes in everyone from Ho Chi Minh to the Clintons and stretches from Cambridge to the Australian outback. Chapters included ‘The Battle of Shanghai’, ‘55 Days at Tiananmen’, ‘Sea Lamprey Tactics: Economic Warfare’, and my favourite: ‘The 620 Office Moles and the Five poisons.’ It’s not just Putin’s henchmen out there. 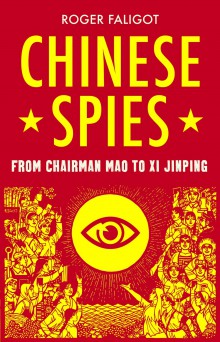 None of Your Damn Business: Privacy in the United States from the Gilded Age to the Digital Age

Published by University of Chicago Press on October 18, 2019

You could argue that, with the digital age, privacy has disappeared. Some people are very worried by this, some positively revel in the possibilities that exist for narcistic showing off, and most of us are probably unaware of the extent to which we are spied on (and not just by Chinese, see above). This book is in fact a history of the key moments in US legal history when privacy was central to battles over journalistic freedom, national security, surveillance, big data and reproductive rights. Capello’s main point is that while Americans ‘talk big’ in their endless rhetoric about freedom, in fact the country’s laws are among the weakest in the world. Some of the more unusual areas he explores include photojournalism and wiretapping. 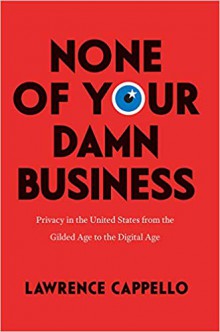 Will You Be Alive 10 Years from Now?

Well, the question certainly gets our attention. Nahin’s aim is to make probability a sexy subject and he does this – or he tries to – by thinking up improbable sequiters and then taking us through the maths. Worth it? Probably. 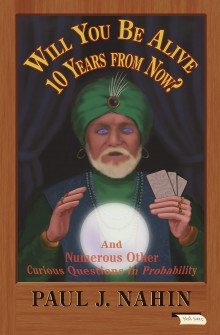 Westminster Abbey: A Church in History

Sir David Cannadine is of course President of the British Academy, as well as Dodge Professor of History at Princeton. This book celebrates the 750th anniversary of the consecration of the current Abby church building, and is written by a raft of equally distinguished scholars, covering both its Catholic manifestation, its role in revolutions, its Protestant apotheosis and its wider role in British society. It is also generously illustrated. Would make a good gift for a religious friend. 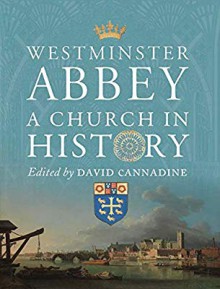 The authors note shrewdly that technological developments quite often produce change that accelerates beyond our ability to assimilate it so that, over time, beneficial technologies produce negative ends. The clearest example that the authors home in on is obesity. Because food was once hard to come by, on the African savannah (and elsewhere until quite recently), we have evolved to withstand such rigours. With the arrival of pre-packaged, high-energy foodstuffs, however, and in a world where we are not hunter-gathering but have become couch potatoes, an evolutionary ‘mismatch’ as they call it, is a major headache. Another mismatch is that between social media and our political institutions, which has yet to play out fully. The authors don’t have neat solution but argue that identifying the problem is the first step to dealing with them. Really. We have known about obesity for years, but there’s no sign yet that anyone has found a way out that works. 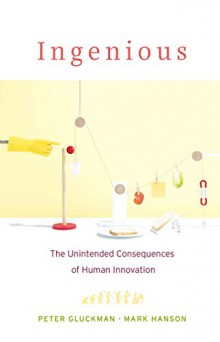 Power to the People: How Open Technological Innovation is Arming Tomorrow’s Terrorists

The theme of this title could be part of the book reviewed immediately above. Among Cronin’s chapters is one on how the AK-47 rifle became ‘the weapon of choice’ for so many terrorists (the Russian-made gun was easier to buy than western models) and why airplane hijackings became so popular in the 1970s. One of her answers seems to be that there are fashions among terrorists as among everyone else, a message first outlined in Tom Wolfe’s 1970 essay, Radical Chic. What Cronin adds is the thought that an open society will always be prey to terrorists and we should give hard thought to how open we can afford to be. The recent attacks in Britain where terrorists used knives – hardly a sophisticated technology – suggests the problems are not so easy to sort out.